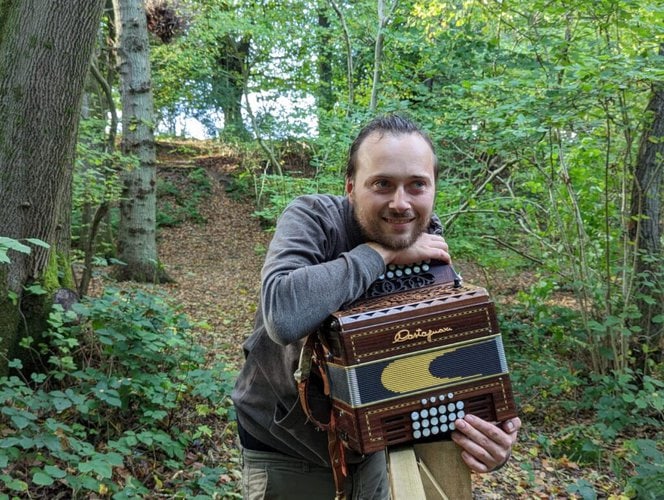 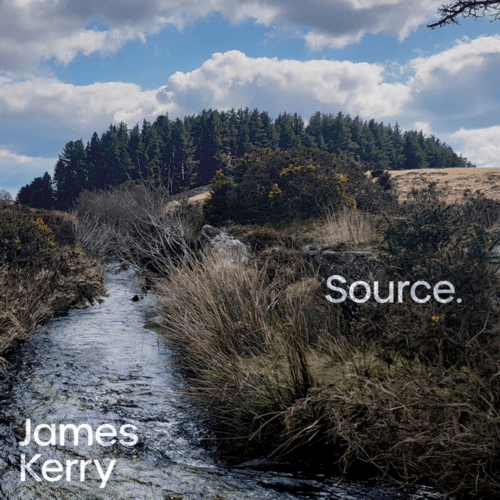 Whilst the reason for having more time was unfortunate, the Covid-19 pandemic gave room for James to explore his own playing, to write and to arrange. This initiated a creative burst leading to the birth of his debut solo project – Source. Inspired by a love of rivers and his recent move onto a boat, nature and the countryside, the name relates to the beginning, the source of river, the beginning of James’ solo career.

The album is a true representation of James’ style and passions and will reflect his huge respect for traditional music and his desire to pass it on. It will consist traditional English tunes, along with a few original and contemporary pieces and will be arranged and performed by James (melodeon) alongside some of his friends and favourite musicians – James Delarre (fiddle, viola and mandolin), Tom Kitching (fiddle and mandolin) and Danny Tonks (guitar).

Source was recorded in November 2022, in James’ own world class recording studio located in Margate, Kent. The project is self funded and produced and is now available for hard copy pre-order. The album consists of 10 heartfelt, passionate instrumental tracks.

Source will transition into a live show for 2023 and will be available for concerts in October/November. Get in touch if you are interested in booking the project!

I have been an admirer of James’s melodeon playing since I first heard him in a pub session. He has developed his own style rooted in traditional morris but merged with modern techniques learnt from the likes of Andy Cutting.