You bring the dancers, we'll do the rest!

Click here to listen and purchase all your favourite tracks! 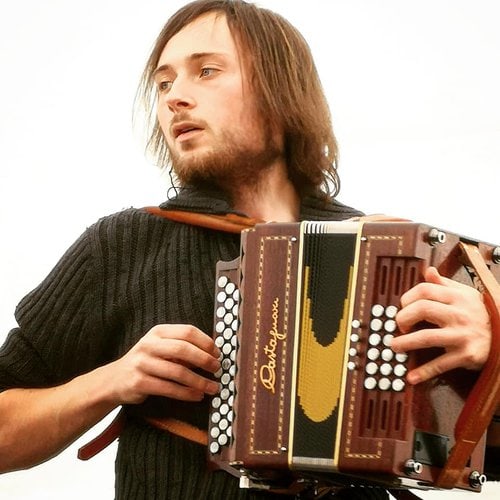 From Kent, and an established member of the modern English folk scene, James Kerry is well known for his passionate, rhythmic playing rooted in folk dance tradition. Having began his musical journey at a young age, fuelled by a local legend, he quickly progressed and has since played extensively in the Morris and ceilidh circuits and performed with many bands and groups including Foot Down, and the Hilltop Ceilidh Band, both of which he is a founding member of.

Since beginning his musical career James has been lucky enough to perform, and teach at many venues and festivals throughout the UK and further afield. Highlights in recent years include overseeing the youth band sessions and outreach at Broadstairs Folk Week, performing 2 tours of Spain including gigs at the Playing for Change festival in Ibiza and working with and playing alongside many of his idols.

Whilst the reason for having more time was unfortunate, the Covid-19 pandemic gave room for James to explore his own playing, to write and to arrange. This initiated a creative burst leading to the birth of his debut solo project – Source. Inspired by a love of rivers and his recent move onto a boat, nature and the countryside, the name relates to the beginning, the source of river, the beginning of James’ solo career.

Source is a true representation of James’ style and passions and will reflect his huge respect for traditional music and his desire to pass it on. Consisting of predominantly traditional English tunes, along with a few original and contemporary pieces it has been arranged and performed by James (melodeon) alongside some of his friends and favourite musicians – James Delarre (fiddle, viola and mandolin), Tom Kitching (fiddle and mandolin) and Danny Tonks (guitar).